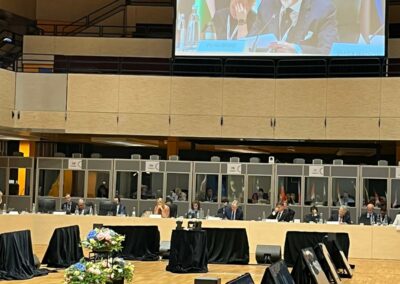 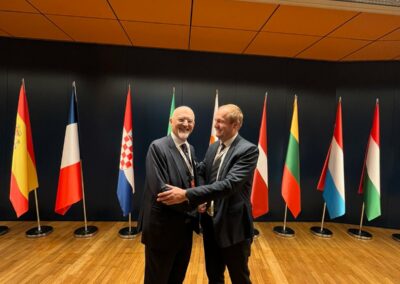 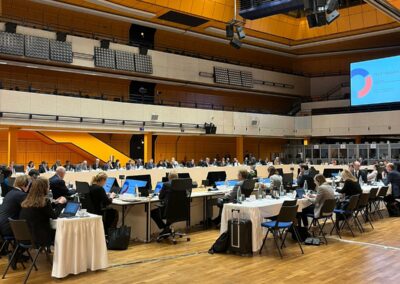 President of CFE Tax Advisers Europe, Mr Piergiorgio Valente, and CFE’s Director of Tax Policy, Mr Aleksandar Ivanovski, attended an informal meeting of the ECOFIN Council in Prague, 10 September 2022, after being invited to address the Council of the European Union on potential ways to streamline EU direct tax law by way of reliance on soft law.

CFE’s President expressed CFE’s view that the prevailing geopolitical situation merits use of all relevant policy instruments to defend the European Union, to protect European citizens from the adverse effects of the war, and to preserve the social contract by mitigating the effects of the cost of living and energy crisis. CFE stressed that tax systems will play a key role in repairing strained public finance conditions and that initiatives aiming to promote IT solutions in tax administration, compliance and simplification, particularly to be applied to initiatives which rely on cooperation and agreements between Member states, would be welcomed by tax advisers.

Similarly, Mr Valente set out CFE’s view that more coherent and consistent tax rules throughout the EU would contribute to a more competitive tax system and make the EU Single Market a more dynamic and business-friendly environment, and that, as such, coordinated measures among EU Member states’ rules would prevent mismatches among national legislations, taking the interest of the Single Market as whole.

The meeting was also attended by the President of the European Central Bank (ECB), Christine Lagarde, the European Commission Vice President Valdis Dombrovskis, Commissioner Paolo Gentiloni and other high-level representatives of the EU and Member states. The full text of CFE’s intervention at the informal ECOFIN meeting is available for dowload below, and photos from the meeting can be viewed here.